Denied food for 24 hours. Deprived of needed medicine. Finally out on bail but facing absurd criminal charges. Later fired from job after LGBT pressure. And more.

All for simply passing out flyers at “gay pride” parade!

ALSO: Exclusive interview with Whatcott just before he turned himself in. 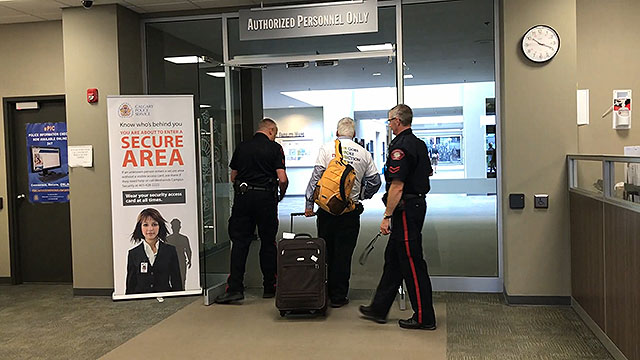 Bill Whatcott is led away by Calgary police after turning himself in — for absurd criminal “hate crime” charges. Little did he know what was in store for him over the next 3 1/2 days. [MassResistance photo]

Make no mistake: What is happening in Canada and to Bill Whatcott is a preview of what will eventually happen to anyone who disagrees with the radical LGBT agenda. For the slightest infraction, the full force of the government will come down against you and attempt to destroy you … unless we act to stop this insanity.

Our exclusive interview with Bill…

I am a retired admin officer. My interests include supernatural phenomena, tarot cards, movies, social activities and more.
View all posts by aquarianmist →
This entry was posted in Political. Bookmark the permalink.

This site uses Akismet to reduce spam. Learn how your comment data is processed.